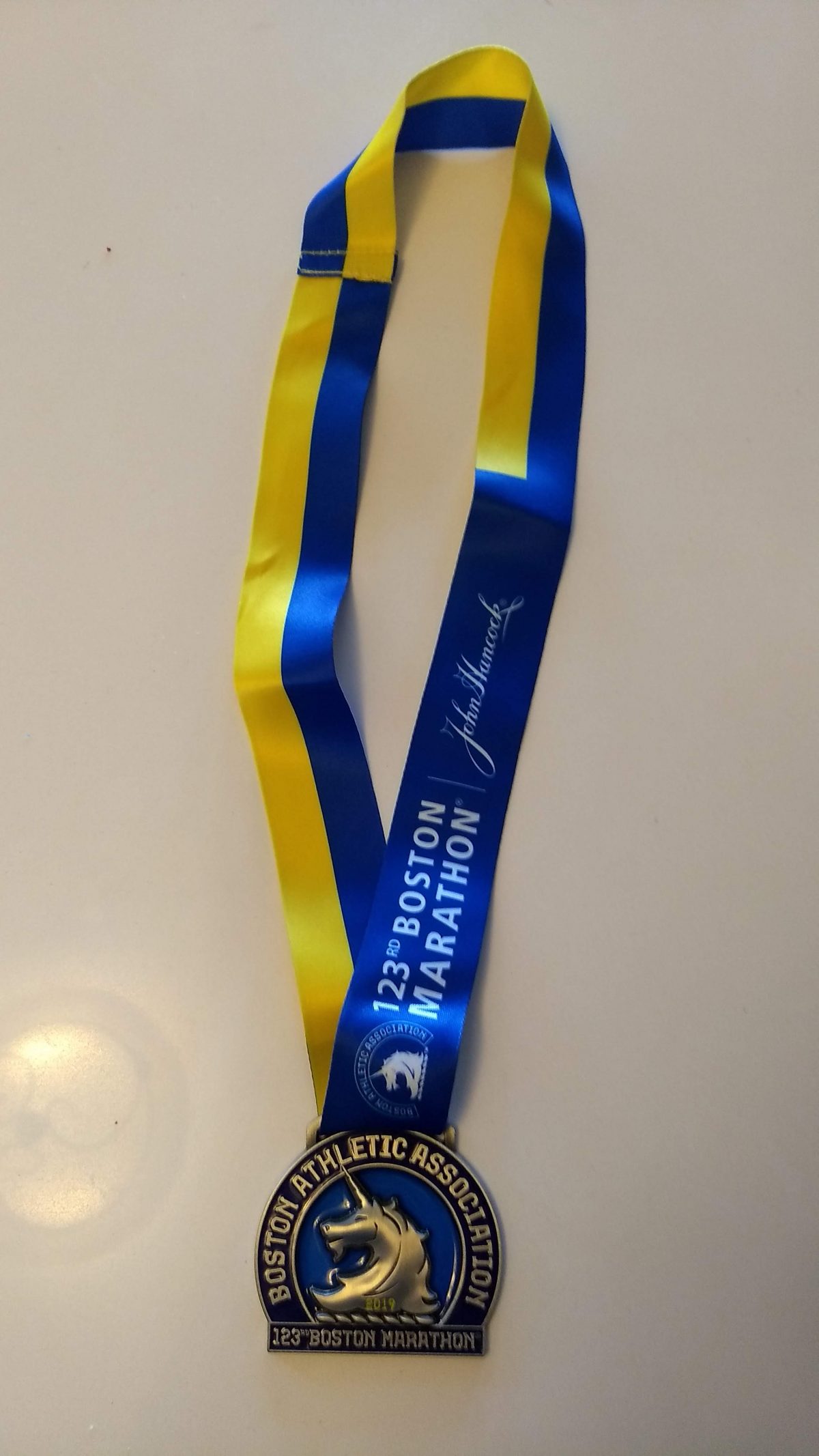 I have not mastered the Boston Marathon by any means, but in order to help others, and as a reminder to future Blake, I’m writing down tips for what to do and what not to do when trying to run a good time at the Boston Marathon while it’s still fresh in my mind. I recognize that just going to Boston is a big trip for many people, so maybe your finishing time will not be a priority. However, I think it’s fair to say that most runners toeing the line at Boston are hoping for a good time. Here are my tips.

Tips for Training for the Boston Marathon

Everyone has heard of Heartbreak Hill, but I think most people don’t realize that almost all of the Boston Marathon is either uphill or downhill. It’s not flat. I think there is about 800 total feet elevation gain and 1200 total feet of loss. Your quads will be wrecked if you don’t train on hills, including downhill. Trust me.

Maybe you’ll have a cold year, maybe you’ll have a hot year. You won’t know until 2-3 days before the race. Prepare for both. Since Boston takes place in April, people from about half the US won’t have any training in warm weather. I’d suggest purposefully doing some medium or long runs with too much clothing and consider spending some time in the sauna (I got that idea from Meb’s latest book). 60 to 80 degrees with humidity will roast you if you’ve been running in 20 to 40 degrees all winter leading up to the race.

Take Clothing and Shoes You Can Throw Away

Take warm clothes, shoes, and socks that you can toss right before the race starts. Wear them to the starting area. Then you don’t have to worry about being cold or getting your socks muddy before the race starts. You can get cheap clothing at Goodwill or other thrift stores. Easily worth the $10, but it’s likely you’ve already got something sitting around that you don’t need. Every marathon runner should have an old pair of shoes that they can discard.

Don’t walk all over the expo. Don’t do the Freedom Trail. Just take it easy on Sunday. Go to church then go back to your hotel or wherever you’re staying. Standing/walking for two hours is not easy. You need your quads for Monday. If you want to be on vacation and don’t want to run a great race, then do whatever you want. I suggest saving the vacationing for after Monday at 2pm (when you’re done). If you want to go to the expo, do so on Saturday.

Yesterday I did a 21 mile run in the morning before going to work. What made the run particularly daunting was that it was -2 degrees Fahrenheit outside.

There was once a day when I was a fair weather runner. I lived near Phoenix, AZ and I generally wouldn’t run in the winter there because it was too cold. Ha! (For those of you that don’t know, the Phoenix area rarely even reaches freezing in the winter.)

I’ve come a long way since then, and now that I’m training for the Boston Marathon, I’m trying hard to stick to my schedule. That means a lot of snowy and cold runs during the past month here in Meridian, ID. This has been a particularly cold and snowy winter. Boise set the all time record for snow-pack this year, and we’ve had at least one record setting low temperature. I’ve done a few runs in the snow and many low temperature runs. I’ve also hit the treadmill — doing as much as 45 miles on it one week.

This week is cold as well, but the roads were clear (from snow) and I really wanted to do my long run outside. Right now I’m doing my long runs on Monday before work. This week the schedule called for a 21 miler. So in the morning I bundled up and headed out at 4:57am. I wore:

But, I finished my run.

I was quite happy after finishing. The pace wasn’t great, but it wasn’t bad and I had a strong finish without hitting The Wall.

I was even happier when I logged my run on my spreadsheet and saw that I had run 72.85 miles during the past 7 days! That was my highest mileage ever in a 7 day stretch, and my first time crossing 70 miles in a week.

I’m mostly sticking to the “Up to 70 Miles” plan in Advanced Marathoning by Pete Pfitzinger. It’s going well for me so far, and my knees and ankles seem to be holding up to the heavier mileage demands.

Long runs can be scary and daunting, but it’s always awesome when you finish one. Especially before work. Especially when it’s -2F. But here’s to hoping that it warms up around here sooner rather than later.

2016 was a great year. Here are some of the highlights and lowlights from my running.

2016 was my highest mileage year by far, surpassing the 1359 miles I ran in 2015 by nearly 50%. In January Cyndi and I made the goal to run 2016 combined miles during the year. We hit that on November 11. About that time, I started increasing my weekly mileage to prepare for a new training regimen. I soon realized I could hit 2016 miles solo, and sure enough I hit it on December 30. I couldn’t help squeezing in 8 more on New Year’s Eve.

My second 20 mile training run of the year was rough. One month earlier, I had completed a 20 miler and finished strong in the last couple miles. On this run I bonked really hard at mile 17. It served as a reminder that I needed to eat right and bring sufficient fuel for long runs. It was a bit of a wake-up call to me and shook my confidence as I was training for a marathon.

My confidence was restored in late April on my last 20+ miler before running my spring marathon. I didn’t hit the wall, I picked up the pace in the last third of the run, and everything seemed to click. It gave me a nice confidence boost before my marathon as this run was at a Boston Qualifying pace.

Just about everything clicked for me at the Layton Marathon. My pace was solid, and I actually accelerated during the second half. I didn’t hit the wall. I was able to finish 1st overall after passing the leading runner at mile 22. It ended up being a new PR. The one thing that went wrong was I had to take a bathroom break, but that wasn’t enough of an issue to ruin my race.

The Famous Idaho Potato Marathon was the one that got me into Boston and my first sub-3:00 finish. I stayed right on my target pace and I was able to have a decent finish.

My performance at the 2016 Zeitgeist Half Marathon was a little slower than my expectations, but I ended up winning, so I can’t complain!

The one race where I didn’t quite hit my target time was the Zeitgeist Half Marathon, but it was still a solid race and the circumstances were a little unusual (I didn’t have any other runners within sight to push me at the end).

I’m still not sure if I like running in relays, but they are definitely memorable. It was fun to be able to run Wasatch Back with my wife, Cyndi, and spend some time with her and a few crazy guys in our van. I’ll never forget sleeping in the van because everyone was too tired and confused to get out and use our sleeping bags. I made some new friends and I’ll get to run with them again this year. 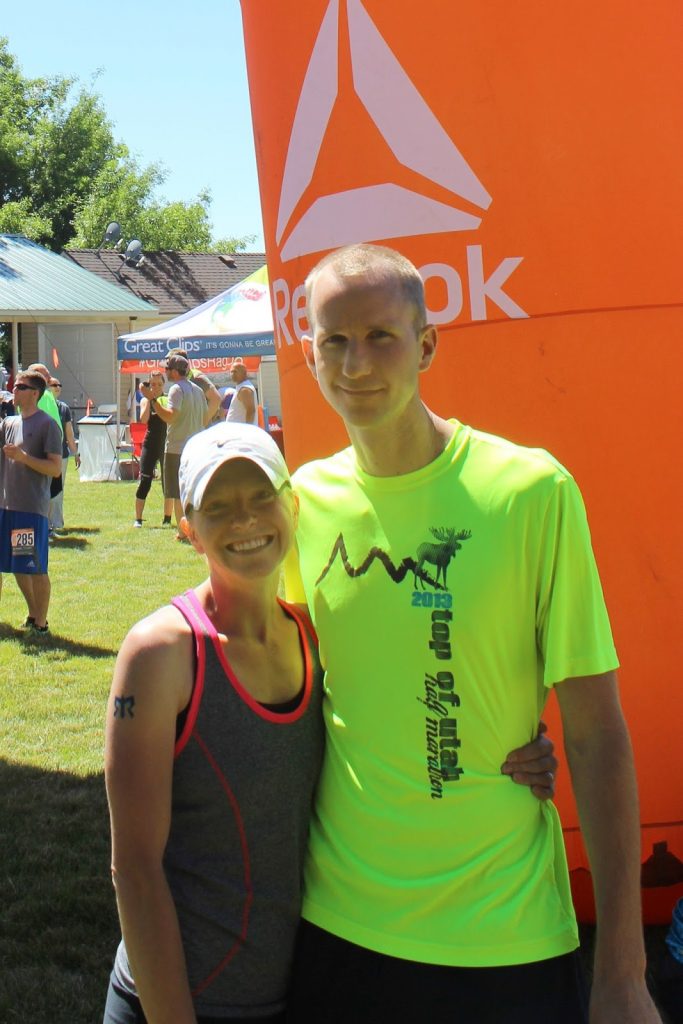 Overall, 2016 was a spectacular running year for me. Once again I was blessed to not have any significant injuries during the year. My training went really well and I was able to run several races and improve my times. I qualified and registered for the Boston Marathon, which was my top goal.

I’ve been doing pretty much the same workout regimen this whole year to improve my running (and mostly to train for my May marathon):

My tempo runs on Wednesday usually consist of a warm-up, followed by 5-8 miles at a steady, fast clip, and then a short cool-down. For some reason I didn’t feel like doing the same old tempo this week. Yesterday I gave it some thought and came up with a fairly challenging and fun workout (I use the term “fun” very liberally here).

I call the workout: Crescendo Diminuendo

The Crescendo Diminuendo run is basically a tempo workout with some speed variability built in. I suppose it’s not a true tempo since it get’s pretty fast and it’s not steady. The idea is to start at a pace slower than normal tempo, then increase speed at a steady rate in 1/2 mile to 1 mile increments. The fastest mile should be half way through the workout. Then slow back down at the same rate.

Here’s a description of the Crescendo Diminuendo run I did, what my targets were, and what I actually achieved:

You can see from this that my run had some decent symmetry:

Overall the Crescendo Diminuendo run was a success. It was different, kind of fun, and kept my mind engaged. It was nice to have different targets rather than the same target over and over. In fact, my tempo runs often don’t have a defined target until I get going, so this was definitely a change.

Interestingly for me, my overall average pace was exactly the same as my tempo run last week on the same course where ran steady for ~8mi @ 6:20-6:25 pace. That tells me I got the pacing right for this run.

I’m hoping that in 2-3 months I can improve enough that I can lower all my targets by 15 seconds. This workout actually gave me some confidence as I wasn’t sure I’d be able to hit those targets. I’m coming off of a hard week for me. I also dug a ditch yesterday evening and didn’t get sufficient sleep. Perhaps if I’m a bit more fresh I can already drop a few seconds.

I did this Crescendo Diminuendo run on mostly flat terrain with only small rolling hills. If you were to do it on real hills, you may have to go by effort rather than pace.

Maybe this workout already exists somewhere, but I hadn’t heard of something like this. If I were more knowledgeable or fancy, I would have some nice descriptions of how this particular run helps your lactate threshold, mitochondrial uptake, etc. etc. Really though, I feel that any challenging run can help you get better, so this was one that was a little different and changed things up. I definitely believe in mixing things up to achieve performance gains. The Crescendo Diminuendo run did that for me.