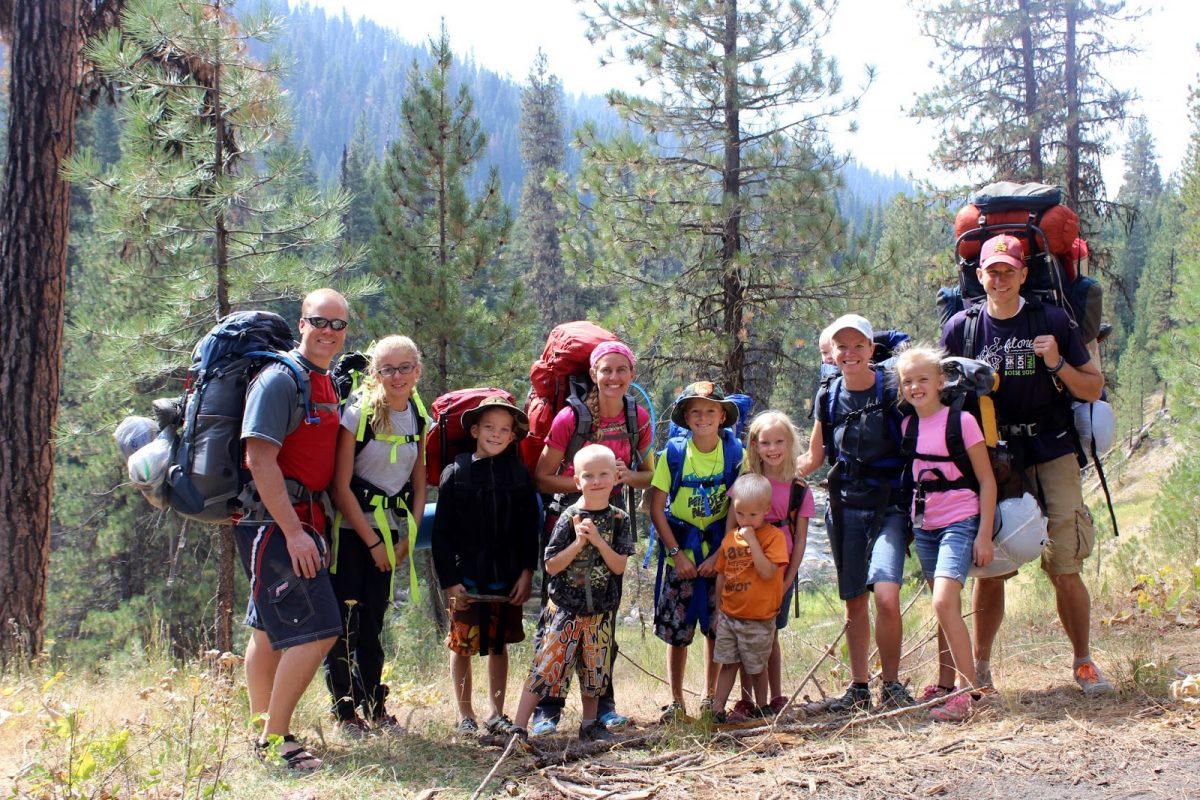 We have some friends who have three children and enjoy camping and backpacking like we do. Early in the summer we set a date to take a little trip with our two families. The date finally came in late August and we set out: two couples and eight children to do a ~2 mile backpacking trip and camp out.

The place we selected was north of Crouch, ID. The Middle Fork of the Payette River flows down a ravine into Crouch, and there are several springs in the area. We were headed to some Hot Springs that were about two miles up a trail in a nice area where a creek flows into the Middle Fork.

We were a bit delayed getting out of town on a Friday afternoon, but after navigating traffic and driving about 23 miles on the road (mostly gravel) north of Crouch, we arrived at our destination.

The trail we ended up taking was the Middlefork Trail. 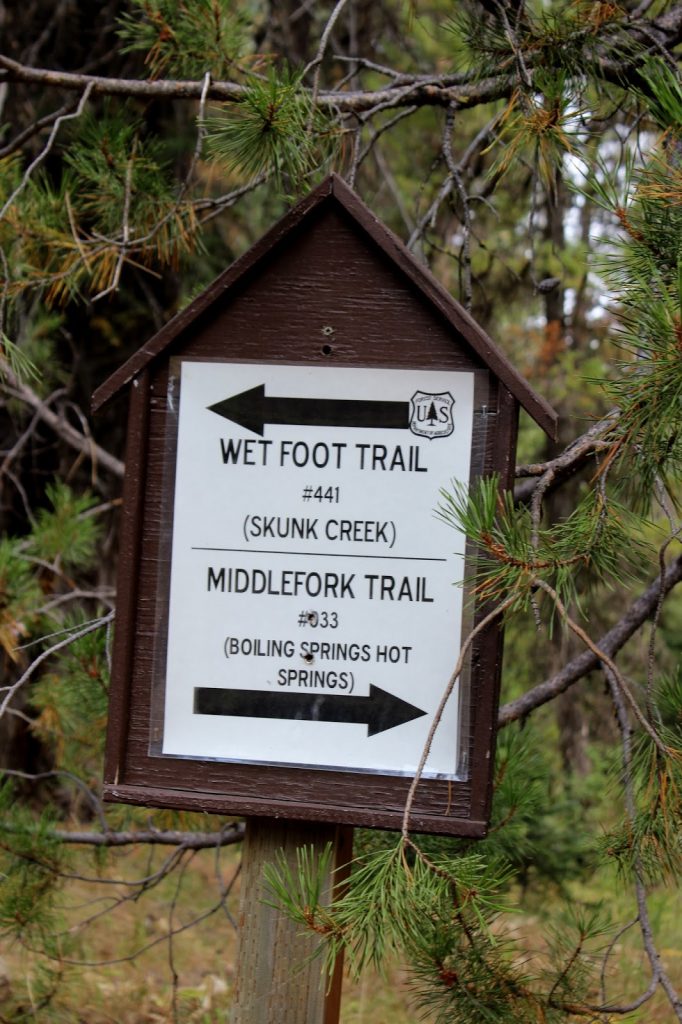 The trail was pretty flat and followed the beautiful, meandering Middle Fork of the Payette River. There were some spots that were a bit difficult for the kids to navigate, but we got through them.

Fortunately our friends’ children are a bit older and helped out with our little ones. This made the hike go by much more quickly and with minimal complaining from the kids.

Even the baby was happy in her carrier.

We arrived fairly late and immediately set up tents and made dinner. It was 9pm or so when we actually ate. The kids were troopers and fortunately we had raisins and fruit leather that helped hold them over.

Since we have a 15 month old, our family took two tents. I slept in the little tent with the baby so that she didn’t wake up everyone else as easily. She also tends to cry more if she sees her mom (as have all our children), so it was good to separate them. She ended up sleeping really well, all things considered. She awoke briefly at about 1am. Then she woke up at 5am, at which point I just put her in my sleeping bag with me and she slept until I got out of the tent at 7:30am or so. She then took some naps later on.

In the morning we ate oatmeal for breakfast and then put our swimsuits on and headed for the main attraction.

We spent a couple hours soaking in the tub and daring each other to jump in the creek.

We headed out before noon and took a parallel trail which required a couple river crossings, which were pretty fun.

We got back to the car and made it home in time to catch a 4:30pm barbecue.

The fear with a trip like this is mainly the kids. Will they be able to hike without complaining too much? Will they sleep? Will they be safe? Kids almost always love camping, so we’ve found that as long as the parents are prepared, the kids will be just fine. That’s how it turned out this time. Our kids get regular outdoor play time and exercise so they were fine on the hike. We had sleeping arrangements that made for a fairly comfortable night for everyone. Just get them outdoors and things usually work out.

What a great trip!